The judge Vicente José de Sousa Magalhães was the son of Manuel Dias and brother of António Caetano de Sousa Magalhães, both Brothers of the Santa Casa da Misericórdia do Porto. He married with Dona Catarina Luísa de Azevedo Montenegro, from which he became a widower and had no descendants. Vicente José and his brother António Caetano were Brothers of first condition of Misericórdia do Porto, while their father was only of second condition. This attests the social ascension achieved by this family. Manuel Dias began his activity as a shoemaker, becoming later a businessman of "large deals". He was elected, in 1709, "almotacé". Among other functions, it was up to the "almotacé" to verify the proper distribution of food and other genres in the city, as well to control the selling prices of these products.

As for António Caetano, he was superintendent of Ribeira de Ouro at the city of Porto. This position was acquired by Manuel Dias for about 116 contos de reis (Portuguese currency).

Vicente José served as an assistant at the prison of the city of Coimbra, while in the Misericórdia of Porto served as administration counselor in 1765.

The Book of Honor dedicated to the memory of the Benefactors, contains the information that he instructed the Santa Casa da Misericórdia do Porto about the execution of its testamentary dispositions with the award of four hundred thousand contos de reis and also about the possession of a farm he owned in the city of Leça. Through the reading of his will, we find that there was a dispute between the benefactor and his sister-in-law, the widow of his brother, who owned the primogeniture whose bond was never registered. Although in Manuel Dias will his son Vicente appears as the person that gives the inventory of the inheritance, this belonged, however, to his brother António. No shares were made between the brothers. It should be noted that, in this dispute, it was required an inventory which consisted of various properties of great value.

As a curious fact, in the testament of José Vicente, we can find the following requirement: "I declare that, among the assets I own, and possessin six slaves: Antonia Maria, Bernardina Thereza, Maria de Jesus, Maria Damiana, Maria Jozefa, Maria do Rozario, I give them freedom, which will occur after my death. I end with the slavery in which they find themselves, due to the charity with which they treated me ..."

He died on June 21, 1785, and was buried at the Nossa Senhora do Carmo Church. At the time of his death, Vicente José lived on rua das Flores at the House of the Sousa e Silva family, which is located on the street corner formed by this street and by the Ferraz street and displays, in its front, an 1703 coat of arms.

His portrait, exhibited at the Benefactors room, is an oil painting on canvas attributed to John Ströberlle Glama (1708-1792), painter and architect of German origin that was an important portrait painter who lived and died in the city of Porto. As an architect, it should be noted the plant he designed for the Lapa Church, which would eventually be set aside and replaced by the one of José Figueiredo Seixas.

Probably, this portrait came from a donation. In fact, it was common, in the wealthy city houses, to exist portraits of Glama. The portrayed benefactor presents a rigid form. It stands out his penetrating look as if he is watching us. It is displayed the Cross of Christ, indicating that he belonged to this Order. 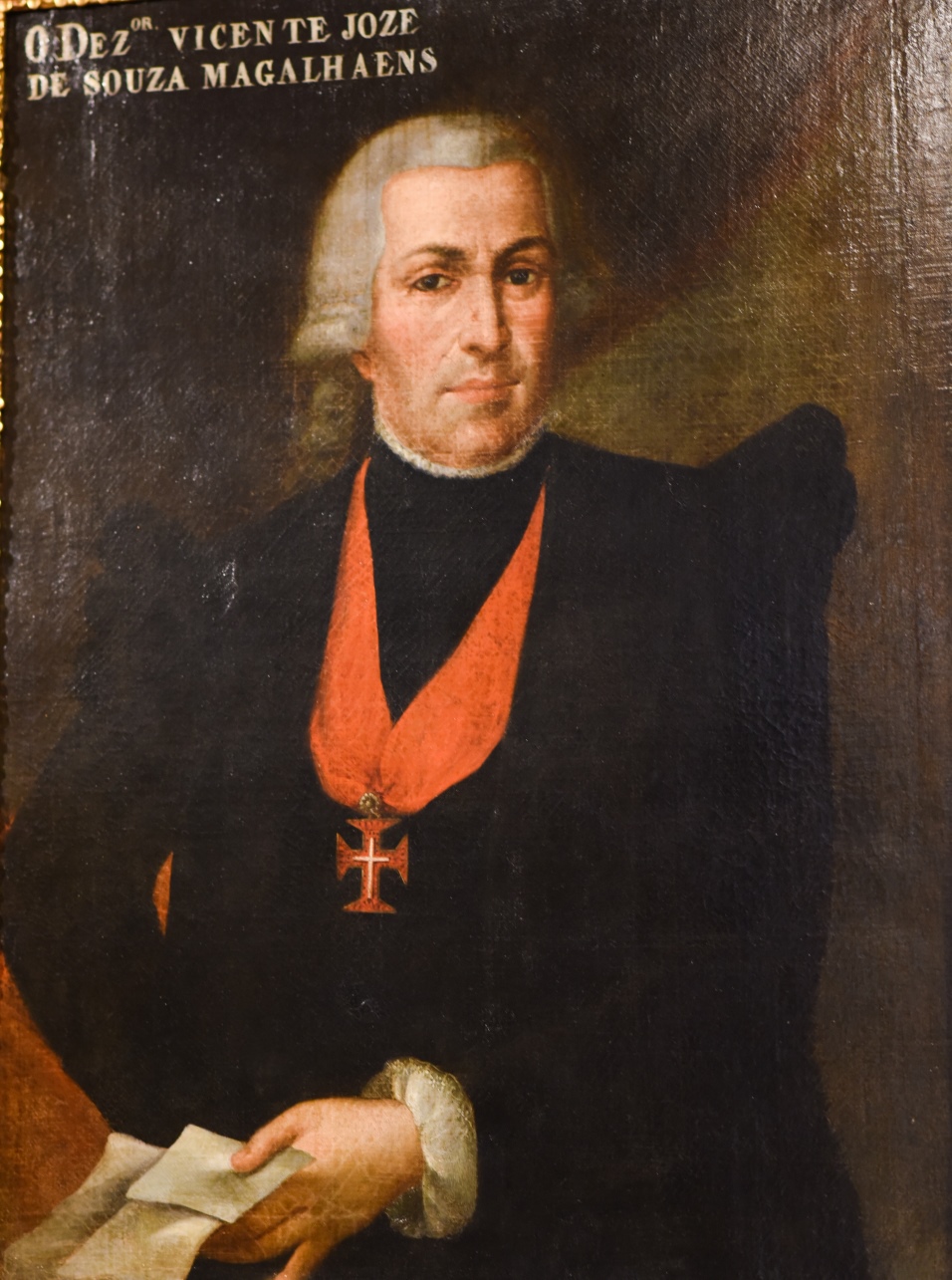