We know little about this benefactress, apart from information gathered in her will.

She was the widow of José do Nascimento Leão and lived in Rua do Almada, in the city of Porto. She temporarily cohabited with her sister Carlota Joaquina Machado de Castro, who lived in Rua de Camões in the same city.

In her will are embodied various desires. As an introductory note, Ana Machado Leão certifies that is Christian and "believer in all the mysteries and teachings of the Roman Apostolic Catholic Church", and makes clear that she has no legitimate heirs, ascendants or descendants.

She also expressed that she wants a modest burial. As for the testamentary demands, she requires the making of fifty masses for her soul, for the soul of her husband and the souls of her parents, in-laws and sisters (Dona Helena, Dona Perpetua and Dona Francisca). The alms of each celebrated Mass was set at five hundred reis (coin system at the time). She donates to Nossa Senhora das Dores a jewellery with the form of a cross. To the Lord of Matosinhos she donates a basin and jug in silver.

It is her desire that a grave be built in the Agramonte Cemetery to collect her remains, as well as the ones of her husband and her sister, D. Perpétua. She also bequeaths pecuniary goods to several people, who she appoints individually.

She determines that the rest of her inheritance is assigned to the Hospital of Santa Casa da Misericórdia (now Hospital de Santo António) and to the Asilo Barão de Nova Sintra (now Colégio Barão de Nova Sintra) on the condition that this legacy remains in possession of her sister, Dona Carlota Joaquina Machado de Castro, until her death.

Dona Ana Machado Leão died on October 17th, 1885. Her funeral took place at the Church of the Santa Casa da Misericórdia do Porto, being buried in the Agramonte Cemetery.

Her two portraits, which are part of the Misericórdia do Porto collections, were painted by Custódio Rocha, nineteenth century painter, also author of the portrait of Joaquim Ferreira dos Santos (Conde de Ferreira). 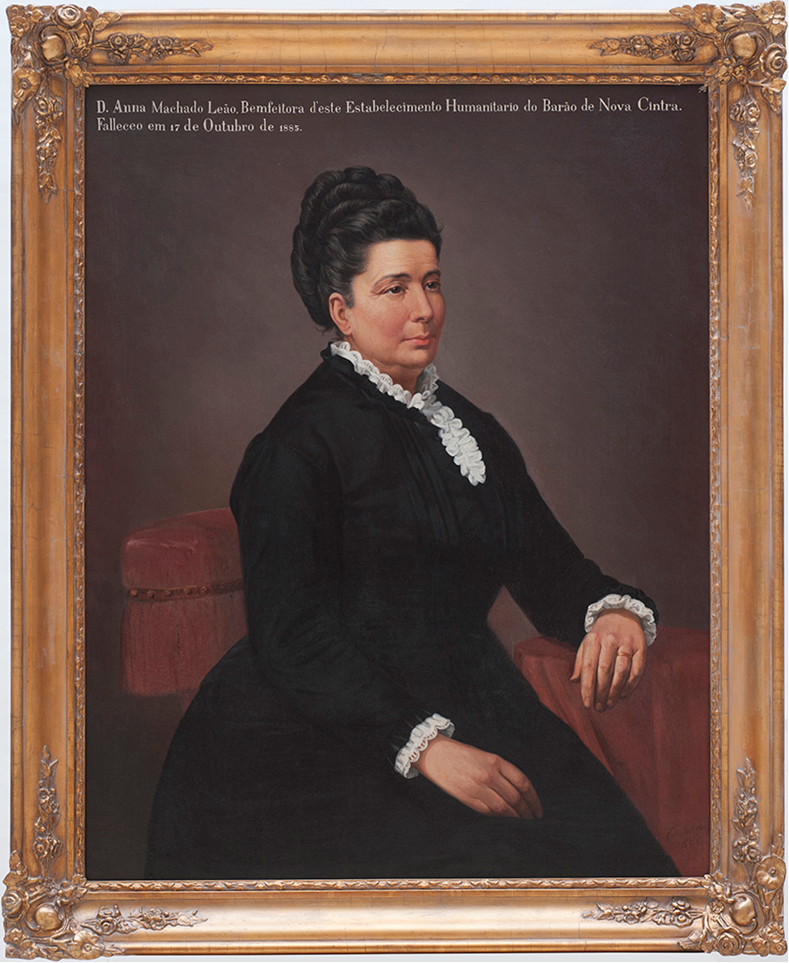