Born in the parish of Santo Ildefonso, at the city of Porto, Joaquina de Moura Veloso Guimarães or Joaquina de Moura Soares Veloso was the daughter of Pedro António Soares Veloso and D. Joaquina Efigénia de Moura Veloso. She was a resident of Cedofeita Street. She married on February 5, 1872 in the church of São Martinho de Cedofeita with Manuel Lopes Vieira Guimarães, a businessman from the county of Guimarães, who lived in the city of Porto. They had a daughter.

In her testament, which was approved on November 21, 1913, she contemplated several asylums in the city of Porto, namely: the Asilo Portuense de Mendicidade;  Asilo de Primeira Infância; Asilo de Raparigas Abandonadas;  Asilo do Terço.

Regarding the Misericórdia do Porto, D. Joaquina bequeathed to the Asylum of the Blind of St. Manuel, to the Santo António Hospital, and alms that would be distributed by six poor people protected by the Misericórdia.

The remainder of the inheritance would belong to José de Moura Soares Veloso, brother and executor of D. Joaquina, and later passed his usufruct to Dr. Óscar Pinto Soares, resident in the city of Bahia. After the death of this usufructuary, the inheritance would pass to his brothers or descendants, if he had them. However, if this situation did not happen, the Misericórdia do Porto would then receive the inheritance. This, however, did not happen as it can be read in the Report of Activities of the Santa Casa da Misericórdia do Porto in 1942: "Since the legacy does not subsist in favor of this Institution, the registration of this conditional legacy is canceled ."

The obligations for the hospital fund were also destined to perform Masses on behalf of her daughter, who was named after her mother, whose death occurred on June 3, 1913, and to her own benefactor, who died on April 7, 1916.

The portrait of D. Joaquina de Moura Veloso Guimarães, currently exhibited in the Hall of Benefactors, is a painting by Alfredo Nunes dos Santos. This work was commissioned to this painter by Santa Casa in 1918. He studied History at the Portuense Fine Arts Academy where he distinguished himself, namely with the 1st Prize of Drawing in 1888. Years later, in 1893, the painter participated in the Art Exhibition that took place in the city of Porto.

In addition to the oil portrait of the benefactress, the painting collection of the Misericórdia do Porto includes other portraits executed by this painter like the one of D. Laura da Conceição Teixeira de Oliveira, wife of the benefactor Joaquim José Teixeira de Oliveira, the one of António Joaquim Cascão or that of José Correia Pinto Leão de Carvalho. 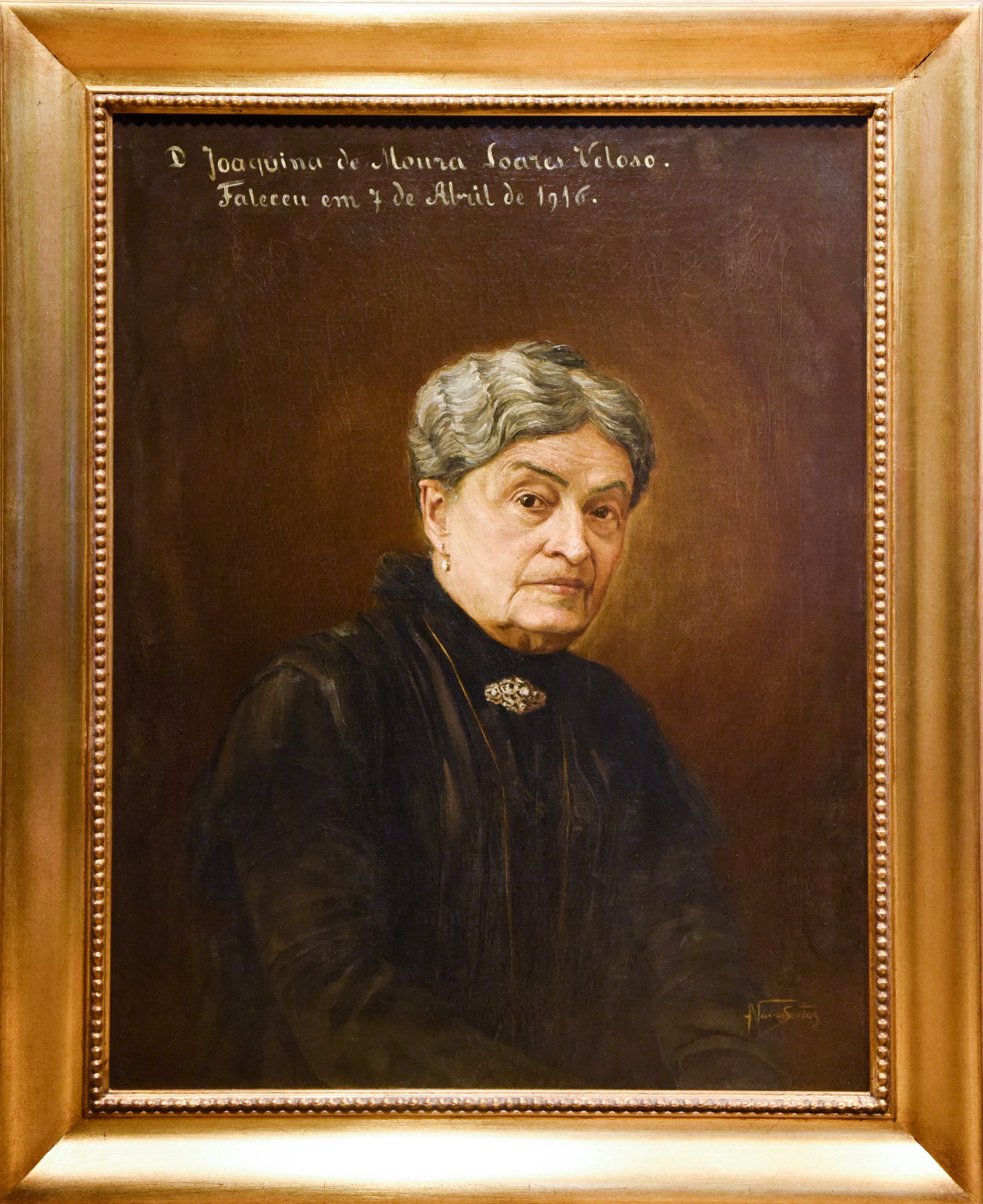