Son of José Rodrigues Novo and Antónia Rodrigues da Conceição, this great benefactor of the Santa Casa da Misericórdia do Porto, owner and businessman, who earned his fortune in Brazil, was born April 24, 1825 at the Semide parish, Miranda Corvo municipality, district and diocese of Coimbra.

In his will he left several legacies to close relatives and to people with whom he related, as well as to various institutions, among which stands out the Santa Casa da Misericórdia do Porto. For this institution, the benefactor bequeathed: one conto de reis (Portuguese currency) in government bonds to the Recolhimento de Órfãs de Nossa Senhora da Esperança (Gathering of Orphans of Our Lady of Hope) now the Colégio Nossa Senhora da Esperança (College of Our Lady of Hope), whose income should be applied to purchase clothing for poor girls; two hundred thousand reis to the Lázaras and Lázaros Hospital; five contos de reis in government bonds to the Asilo Barão de Nova Sintra (Barão de Nova Sintra Asylum), whose income should be applied in an agricultural school; five hundred thousand reis to the Instituto de Surdos-Mudos Araújo Porto (Institute for Deaf-Mutes Araújo Porto). He consigned, to the foundation and the support of a sanatorium for the treatment of tuberculosis, the belongings he owned in Brazil, particularly in the cities of Bahia and Rio de Janeiro.

The preparation of the project for the Sanatorium Hospital "Rodrigues-Semide" was assigned to the engineer and professor Casimiro Jerónimo de Faria. He and Dr. Tito Fontes studied the Sanatorium Sousa Martins in the city of Guarda. The Sanatorium works began in 1910. However, four years later, the works were suspended due to difficulties related to the economic and financial environment mainly caused by the First World War.

Reference in the struggle against tuberculosis in the city and in the region, the Sanatorium-Hospital was inaugurated on November 14, 1926, thanks to the efforts of the Provedor, António Alves Calém Junior, and its Administrative Board, especially the board member and businessman Manuel Pinto de Azevedo, who contributed financially to the realization of the project. The opening of this establishment had a huge impact at the time, bearing in mind the high number of deaths caused by tuberculosis.

Rodrigues Semide died in Porto on September 16, 1910, and was buried in the cemetery of the Brotherhood of Lapa, at the tomb of Joaquim Pinto Ribeiro, his father in law. He bequeathed to this Brotherhood a sum aimed at the preservation and cleaning of the tomb.

The portrait of Manuel José Rodrigues Semide, oil on canvas, is located in the room dedicated to the history and action of the Misericórdia do Porto and was painted by Joaquim Vitorino Ribeiro (1849-1928). Besides this activity, the painter of Porto was also responsible for the Gallery of Benefactors at the Misericórdia do Porto, as curator and restorer. At this same institution, he was drawing teacher at the Araújo Institute and at the Barão de Nova Sintra College. 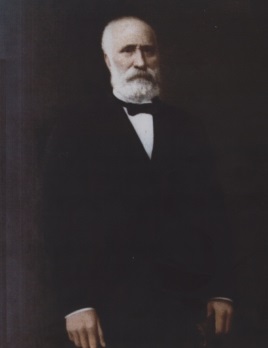