Daughter of José Francisco Nogueira, landlord, and Maria Francisca dos Santos, housewife, Ana Amélia dos Santos Araújo e Silva was born on July 23, 1830 at the Leça da Palmeira. She married on May 20, 1858, with Domingos da Silva Baltazar, a merchant linked to the milling industry, a native of Milheirós, a parish belonging to the municipality of Maia. They had no descendants. The couple lived in a property, which was located just outside the Leça da Palmeira old stone bridge.

Ana Amélia wrote a will, which was approved on September 20, 1905, which she appointed to her executors, Tomás Martins Ramos Guimarães, Fernando Rocha Guimarães and António da Silva Cunha. The first one, besides being her nephew, belonged to the Misericórdia do Porto Administrative Board, which probably motivated the Benefactress to leave a large sum of money to the institution.
In fact, it bequeathed 5.000$000 réis (the Portuguese currency at the time) as monthly income associated with the subsidy that was granted to the internees of the Entrevadas e do Recolhimento das Viúvas Pobres Hospital, and 1.000$000 réis to the Surdos-Mudos Araújo Porto Institute (today Palacete Araújo Porto).
In her will, the Benefactress also left several legacies in cash for the poor of Leça da Palmeira, as well as for the Santíssimo Sacramento Confraternity and for the Conceição Asylum of this parish. In the city of Porto, the Carmo Order and the School of Cegos Branco Rodrigues were also contemplated with legacies in money.
She died on March 1, 1906 in the house number 379, located at the street of Cedofeita, with 77 years old, and was buried at the Agramonte graveyard.
The portrait of the Benefactress can be seen at the MMIPO, in the space (room 2) dedicated to the Misericórdia do Porto Benefactors, and was placed in the Gallery of Benefactors in 1907. It is an oil on canvas, of small dimensions, authored by António José da Costa (1840-1929). From a photograph of D. Ana Amélia, still young, she was captured with a serene expression and a sober dress according to the precepts of the time, António José da Costa represented the benefactor in this way using a colorful austere but harmonious fluid design.
A disciple of João António Correia and Francisco José Resende, António José da Costa distinguished himself by executing portraits and flowers. He completed the course of Historical Painting at the Academia Portuense de Belas-Artes, having participated in the great International Exhibition held at the Palácio de Cristal in 1865 and at the Portuguese Exhibition of Rio de Janeiro in 1908.
In addition to the portrait of this benefactress, we highlight, in the Misericórdia do Porto collection of portraits, others, such as the ones of Lino Henrique Bento de Sousa, Conde de Santiago de Lobão, and Domingos Martins Fernandes Guimarães.
More information:
publicos@mmipo.scmp.pt | 220 906 961
Ana Amélia dos Santos Araújo e Silva
António José da Costa, 1907.
Oil on canvas 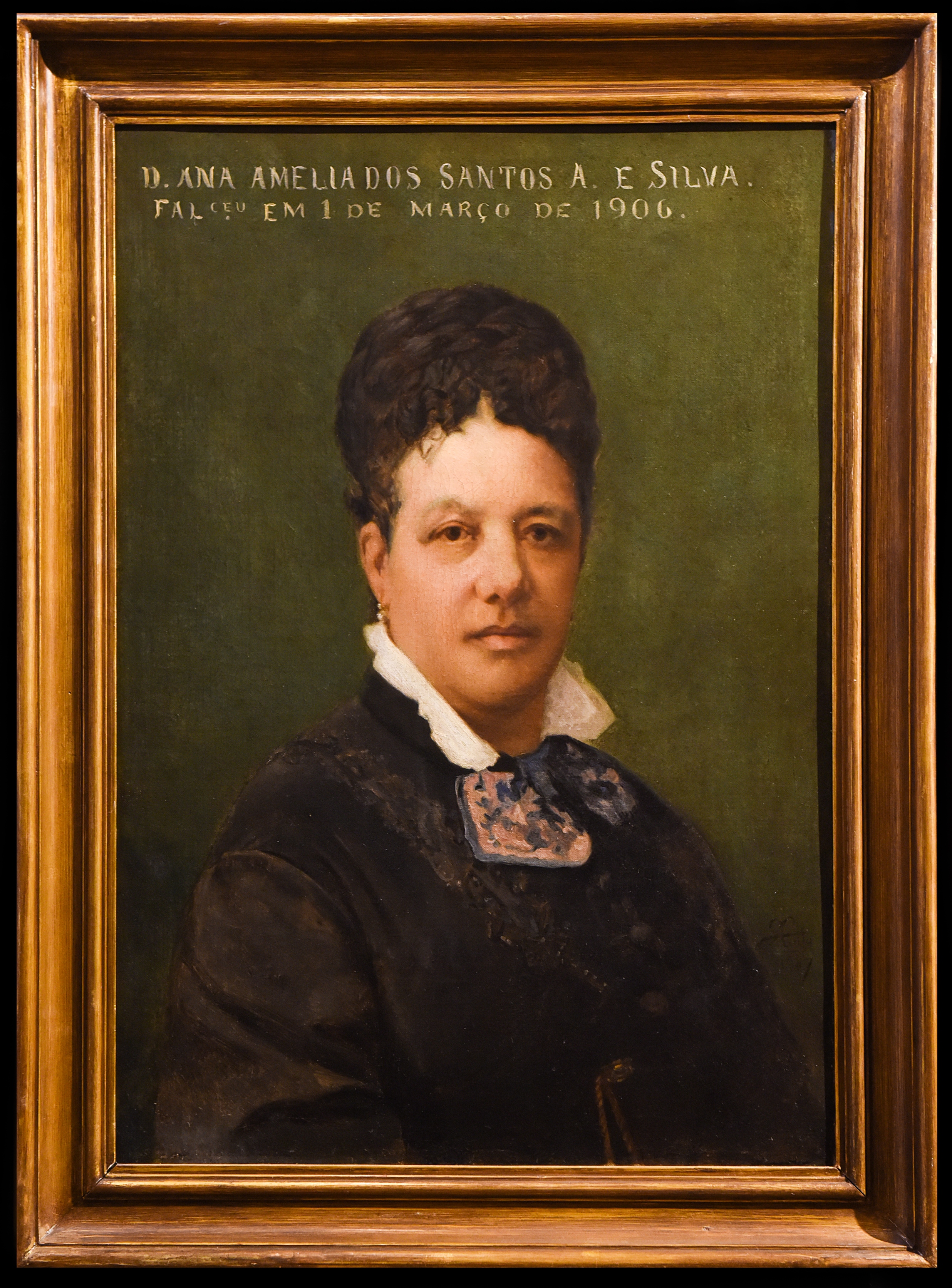