Luzia Joaquina Bruce was born in Brazil, in the city of Maranhão, and it is presumed that, with a high probability, in her ancestry, as well as Scottish blood, there is also African blood. It was in Maranhão that she met the man that would be her passion for the rest of her life: João António Lima, a native of Lisbon that had immigrated to Brazil where he enriched, through business related to agricultural production and trade. When he met the beautiful teenager, Luzia, João António Lima was already divorced from his first wife. They fell in love quickly. But given a canonical impediment, they could never celebrate their marriage. But that didn't stop them from building a life together in a union that was marked by a long-lasting and mutual love.

João António Lima and the his companion left Brazil in date that we can´t precise and came to the city of Porto, in Rua de Costa Cabral, where they built a palace that still exists today with some marks of the original owners, and where the Académico Futebol Clube (Académico Soccer Club) is installed. Next to the sumptuous home, João António Lima founded a tobacco factory, named "A Lealdade ". The beautiful building is still there, adjacent to the house. Lima, a successful "brasileiro de torna-viajem" (a Portuguese immigrant that came back), became a man of vast riches, he left his mark and his name in that part of town, as can be seen when looking at the toponymy.

João António Lima died in August 1891, leaving his companion a plentiful fortune. But Luzia was not limited to passively receiving the assets left by the man of her life. She took on her shoulders the administration of the fortune, as can be seen by the documentation deposited in the archive of the Misericórdia and the news of the trips she made, including to Brazil. Until her death on the 17th of January 1917, Luzia Joaquina Bruce made the exaltation of her companion the program of your life. By financing the construction of the Hospital da Lapa, opened in 1904, she made sure the statue of benefactor John António Lima stayed visible until today. When he dictated her last will and Testament, in 1916, she left legacies to various institutions of support for young people in the city of Porto and the city of Maranhão. To the Porto ones she imposed the condition that they attended the annual masses celebrated in the Lapa Church for the soul of João António Lima and that they watched over to see if the Brotherhood of Lapa kept the chapel-tomb well cared for. Even the Porto City Hall received a large donation with the condition that they repair any damage the tomb or the statue of João António de Lima.

It is important to stress her benefaction for the poor, the sick and the destitute. Finally we emphasise that the amount of movable and immovable property that Luzia Joaquina Bruce left to the Misericórdia do Porto, constituting one of the greatest legacies of all time received by the Santa Casa.

It was unfortunate that her illnesses, especially the one that she died of - an osteosarcoma of the upper jaw - made her suffer a lot and took her away from Porto, in search of a cure that she could not obtain. All the efforts made by the Santa Casa da Misericórdia do Porto to get her to come treat herself in the Hospital de Santo António were in vain. Anyway the consternation that the city felt was intense, when the news of her death was made public. The Mesa Administrativa (Administrative Bureau of the Santa Casa) sent a wreath in bronze to be placed on her grave in Lisbon; it recorded her name in the Livro de Ouro (Gold Book) and commissioned the sculpture of her bust in marble which was placed in the lobby of the Hospital de Santo António.

For more details, see the beautiful book "Luzia Joaquina Bruce. Da Humildade à Benemerência", edited by the Misericórdia do Porto in 2016. (only in portuguese) . 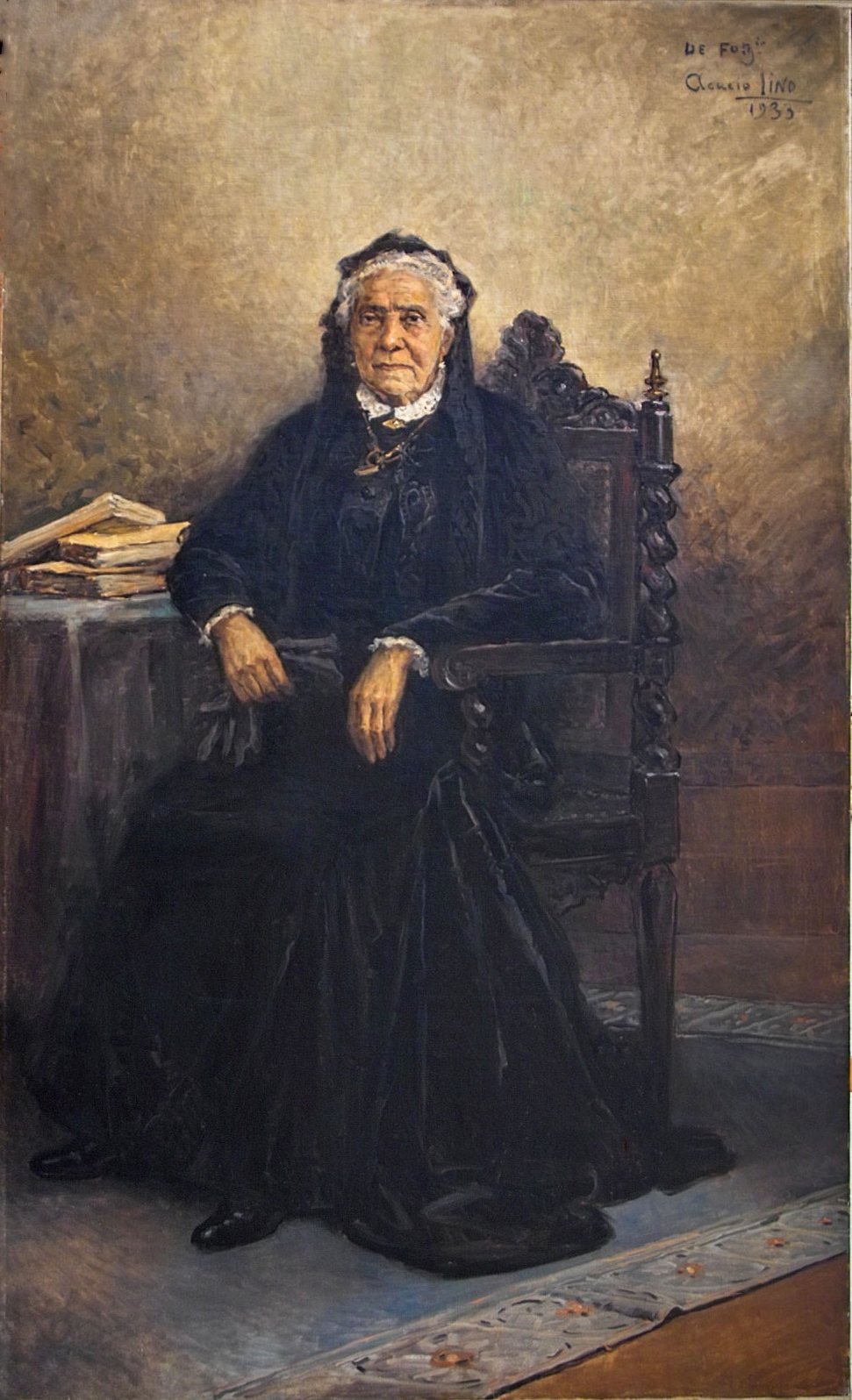