Manuel José Pereira de Lima, owner of properties in the municipalities of Porto, Vila Nova de Gaia and Braga, was born on June 21, 1836 in the parish of Sé, city of Porto. He was the son of Manuel José Pereira de Lima, a native of Pernambuco, Brazil, and Maria da Conceição Gomes Lima, a native of Braga. They lived at Santo Elói Street in Porto. His paternal grandparents, Manuel José Pereira Lima, a merchant, and Ana Joaquina da Piedade Lima (who also lived in Porto), left, through a testament written on April 12, 1862, several legacies destined to hospital establishments of the Santa Casa da Misericórdia do Porto.

He married Claudina Carmina Pinto Dias Lima, who died on October 17, 1912. From this union there were no descendants, so his wife was the only heiress. With this couple lived Rita Ricardina da Costa (1842-1934) and Virgínia Pinto de Castro (1870-1935), which were contemplated in the testament of the benefactor. Rita received "two contos de reis [Portuguese currency] as a souvenir"; Virgínia, after D. Claudina's death, would have "the lifetime use of all my rustic and urban buildings." Both should be contemplated with the remainder of the inheritance, in case of death of his wife.

Rita Ricardina became an amateur painter. She participated in the exhibitions of the Portuguese Academy of Fine Arts in 1880 and 1884 and in the Porto's Society of Fine Arts in 1918. Rita was also a benefactress. She bequeathed the remnant of her inheritance to the Asilo de Cegos Pereira de Lima (Asylum for the Blind), institution of the Misericórdia do Porto.

The testament of Manuel José Pereira de Lima was written on May 11, 1896. This benefactor left several rustic and urban buildings to the Santa Casa da Misericórdia do Porto "with the perpetual responsibility of celebrating, annually, two Masses, one on the sixth of May for the soul of my father, and the other on the twenty-fifth of November for the soul of my mother." as was stated in his testament. He further specified that "If my wife constitute an asylum for the blind on the property located in Villa Nova de Gaya, and the administration of this property will be made by the Santa Casa da Misericórdia, the buildings, or the money of their sale, will serve sustain the asylum".

This happened in 1938, when the "Asilo de Cegos Pereira de Lima" was inaugurated. As of 1975, in addition to blind elderly people of both sexes, this establishment began to receive elderly people with need of hospitalization. Besides the Misericórdia do Porto, the benefactor contemplated the brotherhood of Nossa Senhora do Rosário, located in Braga, as well as some of his nephews and godchildren.

Manuel José Pereira de Lima died on January 1, 1899 at his home in Vila Nova de Gaia, and was buried at the Lapa cemetery. 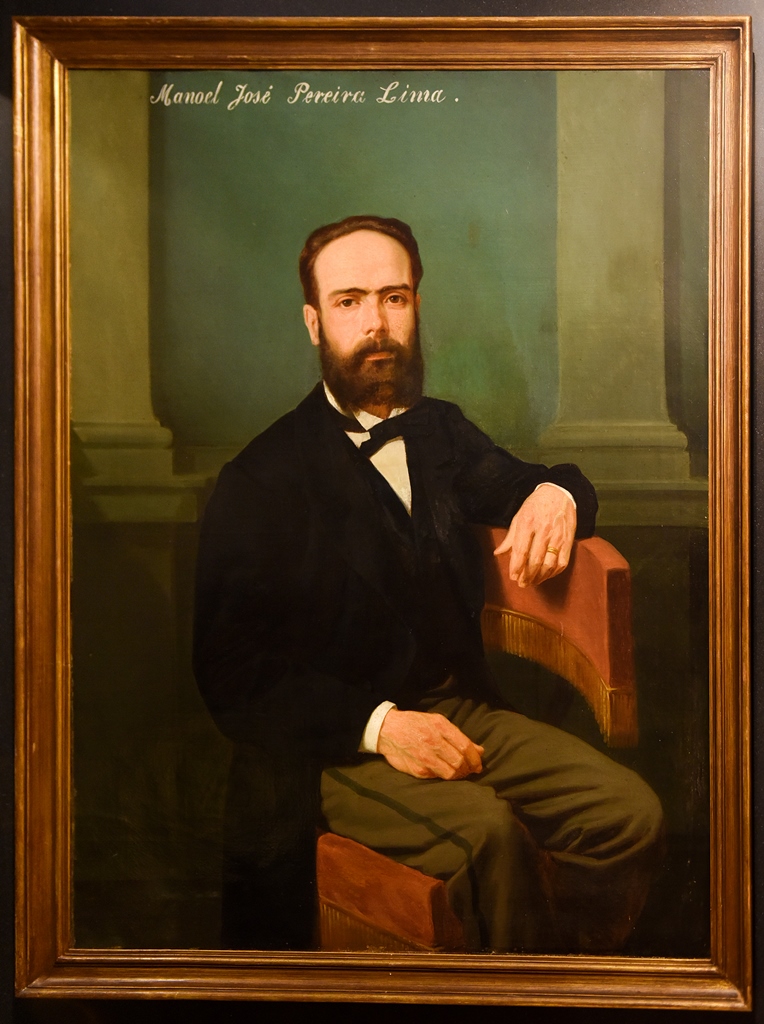